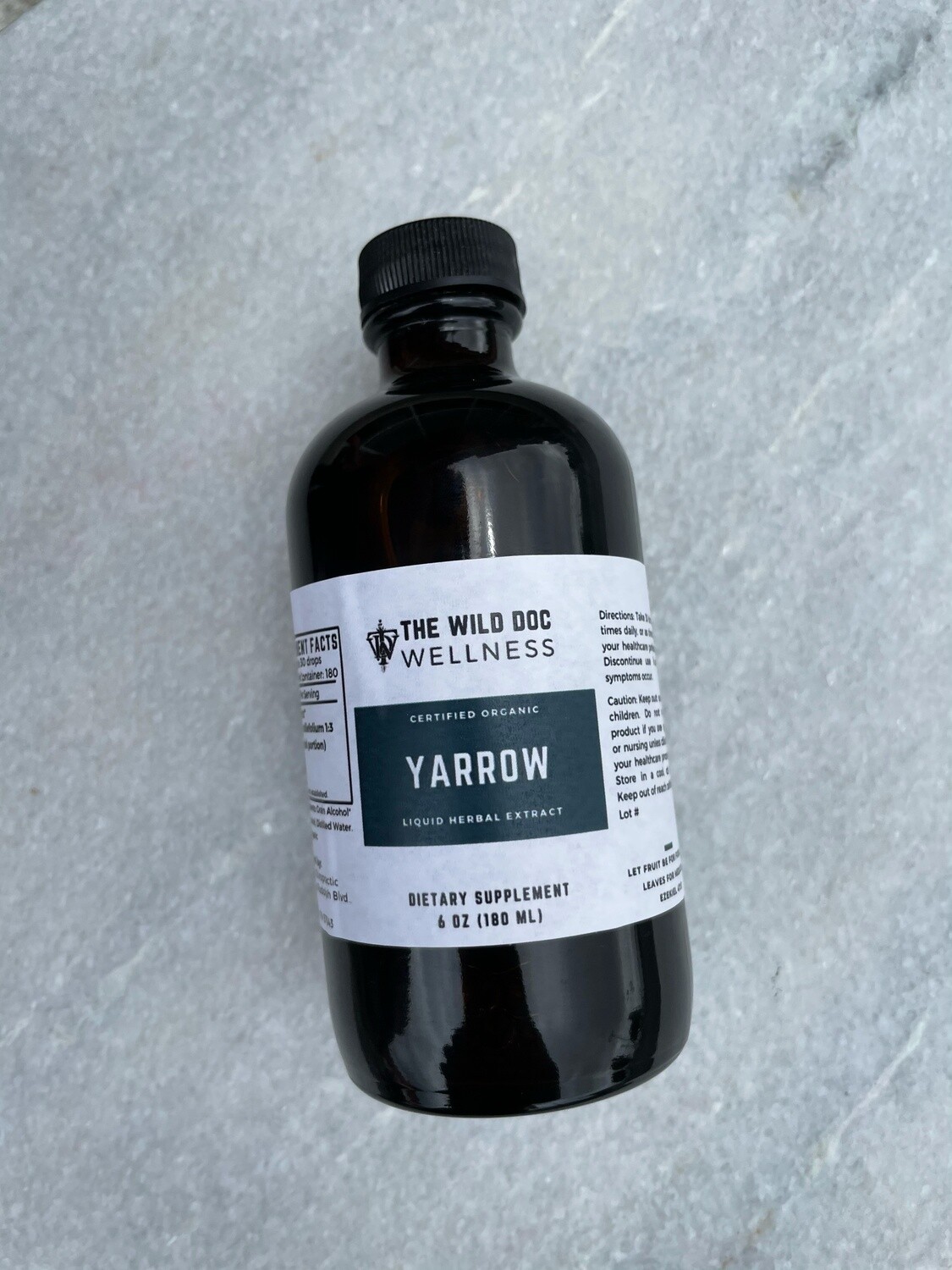 Yarrow is a flowering perennial, common in North America but also native to Europe and Asia. Its leaves are soft and highly segmented with a characteristic appearance that is almost feather-like. Yarrow grows stalks during the summer months, with a height that is dependent upon the seasonal rainfall. During dry years, these stalks may only grow a foot or two, preserving energy in its roots. Clusters of tiny white flowers grow atop the stalks, emitting a distinctive and characteristic aroma.

Yarrow received its Latin name Achillea from the legendary Greek hero Achilles. According to the common legend, Achilles's mother dipped him into the river Styx by the ankle in an effort to make him invulnerable. Fighting many battles as a seemingly invincible warrior, Achilles used yarrow to treat the wounds of his fellow soldiers. He later died from a wound to his heel, as it was the one unprotected part of his anatomy.

Save this product for later
Display prices in: USD